The “Conscious Thought and Thought About Consciousness” conference will be held at the E.F. Yerby Conference Center on April 27-30. 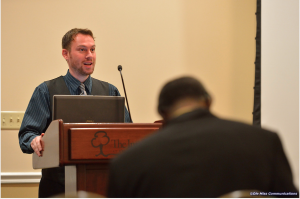 Wishon remarked that this is one of the most exciting areas of interdisciplinary research.

“What’s particularly remarkable about this event is that it will draw together scholars with vastly different views about consciousness, thought and the methods we should use to come to grips with the mind, its workings and its relation to physical reality,” Wishon said.

The conference participants will include leading philosophers and cognitive scientists who hope to better the public understanding of human and animal consciousness. Many of these scientists are of the highest distinction across the United States, United Kingdom, Canada and Australia. 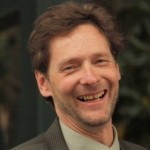 The conference will include Kenneth J. Sufka, professor of psychology and pharmacology and research professor at UM. Sufka will be debating the question of whether some animals possess the same kind of complex states of consciousness seen in humans. According to Sufka, this question is debated among science and philosophy circles.

The conferencewill begin with a presentation, followed by a commentator who will address aspects of the talk, which will finish up with a Q&A period.

Sufka expressed that Wishon made a tremendous effort to bring “heavy hitters” to campus.

“It’s going to be a wonderful collection,” Sufka said. “Never has there been anything like this in the state of Mississippi that brings an all-star cast of philosophers and scientists working on this problem of consciousness.”

Bryan Harper, philosophy graduate student, will be attending the conference and is looking forward to the speakers’ discussion on consciousness.

“Some of the most brilliant minds in philosophy and neuroscience are coming to illuminate, wonder and debate about the subject here at Ole Miss,” Harper said.

Wishon came upon the idea of of the consciousness conference after working on a separate conference in the fall of last year. As a Ph.D student at Stanford University, he served as the graduate student coordinator for the Stanford Humanities Center Gaballe Workshop on Interdisciplinary Approaches to Consciousness. From serving as a coordinator, Wishon knew many philosophers and cognitive scientists working in consciousness studies, which happens to be one of the areas of his own research.

Once Wishon got some to agree to attend the conference, he then developed a line-up of leaders with diverse views on the nature of consciousness and the best techniques of studying it. Finally, he targeted the cutting-edge work on the topic being done by neuroscientists and philosophers in the region.

Wishon hopes the conference will teach the students more about consciousness.

“The conference is intended to educate the students at The University of Mississippi and the general public of Mississippi about how philosophy, and the humanities in general, can work side-by-side with the sciences to answer fundamental questions about who we are and what our place is in the world,” Wishon said.

by Maggie McDaniel, Courtesy of The Daily Mississippian, April 25, 2014