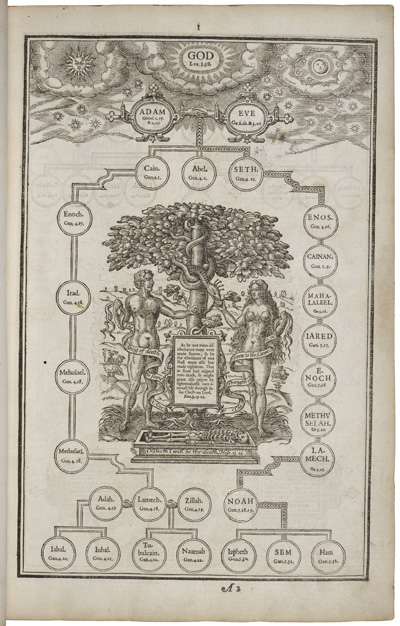 A unique traveling exhibition celebrating the 400th anniversary of the first printing of the King James Bible in 1611 is coming to the University of Mississippi.

“Manifold Greatness: The Creation and Afterlife of the King James Bible,” will be on display at the J.D. Williams Library beginning May 29. The exhibit examines the little-known story behind one of the most widely read books in the world.

“We are delighted to have been selected as a site for this exhibition,” said Julia Rholes, UM dean of libraries. “The captivating history and influence of the King James Bible will interest many viewers.” The library is among only 40 locations throughout the country selected to host the exhibition. The successful application benefited from the support of the Center for the Study of Southern Culture and the departments of Philosophy and Religion, English, and History.

“The library hopes that this exhibit will help viewers gain a better understanding of how the book influenced 400 years of our culture in surprising ways,” said Melissa Dennis, outreach and instruction librarian and assistant professor. “This is not an exhibit designed for just one discipline. People from different departments on campus and members of the local community may examine the display in different ways.”

The exhibit includes high-quality reproductions of rare and historic books, manuscripts and works of art from the collections of the Folger Shakespeare Library in Washington, D.C., and the Bodleian Library at the University of Oxford. Full of rich images and information, the exhibition consists of 14 graphic panels combining narrative text with numerous high-resolution images of rare books, manuscripts and works of art, printed on double-sided, freestanding banners. It not only focuses on the fascinating story of the Bible’s creation but also examines the book’s afterlife and its influence on personal lives and local communities. 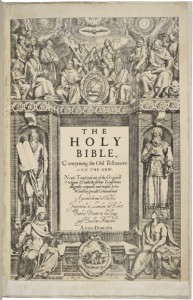 “While I love the history of the translating and writing of the King James Bible, the most fascinating aspect to me personally is how the language and worldview represented there is still influencing our world today,” said Christina Torbert, head of serials and associate professor. “We hear echoes of well-loved phrases in sermons, literature, politics and casual conversations. As a society, we are still having similar conversations about the power of government and the church’s role in politics and law.”

In conjunction with the exhibit, Archives and Special Collections will display some interesting Bibles from the collections and other materials related to religious and biblical influences in Southern history and culture.

The traveling exhibit was organized by the Folger Shakespeare Library and the American Library Association Public Programs Office. It is based on an exhibit of the same name developed by the Folger Shakespeare Library and the Bodleian Library, with assistance from the Harry Ransom Center of the University of Texas. The exhibit was made possible by a major grant from the National Endowment for the Humanities.

“Manifold Greatness: The Creation and Afterlife of the King James Bible,” will be on display on the first floor of the library during regular hours through June 29. For more information on the exhibit, visit http://www.manifoldgreatness.org/.