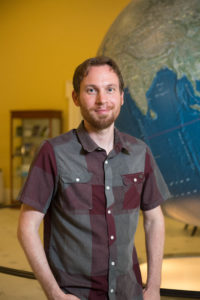 An up-to-date list of my publications and work in progress can be found here.

Donovan Wishon, Assistant Professor of Philosophy and Affiliated Faculty in Neuroscience, earned his Ph.D. at Stanford University. Professor Wishon’s current research focuses on Bertrand Russell’s changing theories about the place of mind in the natural world. Among other things, his recent work sheds new light on Russell’s ideas about sensation and perception, the scope and limits of introspective knowledge, the role of conscious awareness in our thought and talk, and the relationship between the mind and the brain. Wishon is recognized as a leading expert on Russell’s later writings on “neutral monism”—the view that the universe consists entirely of transitory space-time events which are, in themselves, neither mental nor material, but which compose “minds” and “matter” when organized into complex psychological and/or physical causal systems. Wishon’s co-edited volume Acquaintance, Knowledge, and Logic was awarded the 2016 Bertrand Russell Society Book Prize. At the University of Mississippi, Professor Wishon regularly teaches courses on the history of analytic philosophy, philosophy of mind, personal identity and the self, nineteenth century philosophy, philosophy of language, and logic. He has organized several academic conferences at UM on Conscious Thought and Thought about Consciousness, The Semantics and Ethics of Racial Language, Shakespeare and Philosophy, and the centenary of Bertrand Russell’s popular book The Problems of Philosophy.