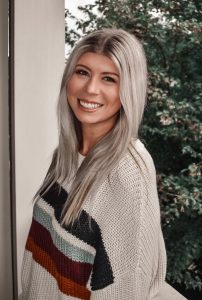 Lexie describes herself as a “a hardworking and driven individual who strives to succeed in all things.” She is working towards her BA in philosophy with a minor in Criminal Justice. Lexie has been on the Deans and Chancellor’s Honor Roll for the past three years and feels a sense of community in her department, calling it place where professors and advisors genuinely care for students and look out for the their best interests.

Why did you decide to study philosophy?
It was my freshman year of college, where I initially took Philosophy 101 with Professor Smyth. Initially, I was on a completely different college track. After my first philosophy class, I fell in love. Philosophy made me question and dive deeper into topics I never thought about before. The questions that it made me discuss only piqued my interest more. After the second philosophy class with Professor Barnard, I knew I had found my home in the Philosophy Department at Ole Miss.

Why study your philosophy at the University of Mississippi?
Many majors on campus want you to learn and study a specific field without necessarily wanting your opinion or views. Philosophy not only wants your opinion but calls for you to analyze philosophical traditions and cultures and make them your own. Questions are not only wanted but craved in this major. In Philosophy, I learned that there are no right or wrong questions or ideas, but it’s the journey of finding out the truth for yourself. I’ve learned about so many different cultures and ideologies that I never even heard of before. The Philosophy Department gave me the opportunity to truly find myself through a major that welcomes me and my opinions wholeheartedly.

What are your career goals?
I am currently studying for the LSAT. I’m feeling very motivated to do well so that I can get into a law school where I can specialize in the criminal field as a defense attorney.

Any particular support or encouragement you have received from a professor?
After I changed my major to philosophy, Dr. Skultety became my advisor starting from my sophomore year. He sat down with me and truly listened to my aspirations for my future. He encouraged me and has continued giving me advice about anything I need. Dr. Skultety is who assured me that this major was perfect for me.

What is an especially memorable trip, research, internship, or other school-related activity you’ve done?
My most memorable experience was being on a committee in my sorority for CASA Encore, where I raised $2000 in my name for the Court Appointed Special Advocates of Lafayette County.

What is your go-to meal in Oxford?
Two shredded chicken tacos with salsa verde and a side order of chips and queso from The Taco Shop on University Avenue. They have the best tacos in town! 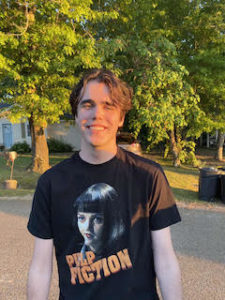 A Philosophy, Public Policy and Leadership, and English major, Spencer is a member of the Warren Debate Union and also works as a Barista at a local coffee shop. Spencer is a Senior Advisor of Louisiana Youth and Government and on campus, works as a consultant for the University of Mississippi Speaking Center, where he helps students and faculty with presentations and communication skills.

Why did you choose to attend UM?
I chose to attend UM because the academic and broader collegiate experiences it boasted felt like the best of both worlds. The class sizes felt reminiscent of smaller liberal arts colleges, so I felt confident in the pedagogical outcomes I would have, but the size of the University was still large enough to provide diverse input in academic and social environments.

When and why did you choose your major(s)/minors?
I chose my first two majors—Public Policy Leadership and English—prior to entering the University because they were consistent with interests I had discovered during my youth, but I did not choose my philosophy major until about halfway through my first semester. I did so because numerous interactions and discussions I had with members of the debate team—many of whom were philosophy majors themselves—ended up sharing a basis in ethical philosophy, a passion I took ages to uncover and hope never to abandon.

What are your career goals?
I hope to pursue a career in academia, focusing on the intersections of ethical and political philosophy.

Have you had an experience that made you feel empowered at UM?
One of the most empowering experiences I had at the University of Mississippi came when I was asked to represent the Warren Debate Union at a public debate in the fall semester of my freshman year. Despite being merely 18 years old and feeling grossly under qualified to hold anyone’s attention, I felt assured by the fact that I had a captive audience for at least some time. In that moment I realized that at least something I said must’ve been worthwhile.

What has been a particularly meaningful way you have engaged in a community – either on or off-campus?
I have found myself feeling most meaningfully engaged in my local community when attending events to support local artists, whether they be visual arts exhibitions and poetry readings sponsored by Quasar Arts or live music shows at Proud Larry’s. Through these engagements, I have been able to prop up others’ passions whilst simultaneously interacting with abs immersing myself in welcoming communities.

What do you like to do outside of school (hobbies, interests)?
Outside of school, I enjoy connecting with others through good and drink. In the daytime, this often takes the form of serving others in my job at a local coffee shop, where I can use the deliberate effort I put into drinks as a way of showing my care for others. At night, this often looks like hosting friends for dinner, where the same principle applies.

What are you binge watching on Netflix or other platform?
At the time of writing, I have watched the movie Lady Bird over 15 times and can cite the exact time stamp of multiple scenes.