The Dunbar Lectures in Philosophy and Law

We often come across discussions of policy-related issues in law, and frequently hear about particular laws being passed by congress or considered by courts.  But we rarely take the time to ask basic questions, such as “What is law?”  Established in 1987 by Jack and Wylene Dunbar, the Dunbar Lectures in Philosophy and Law invites nationally renowned public intellectuals to the University of Mississippi campus to explore philosophical themes in law, and to stimulate creative and analytical thinking concerning the law’s role in society. 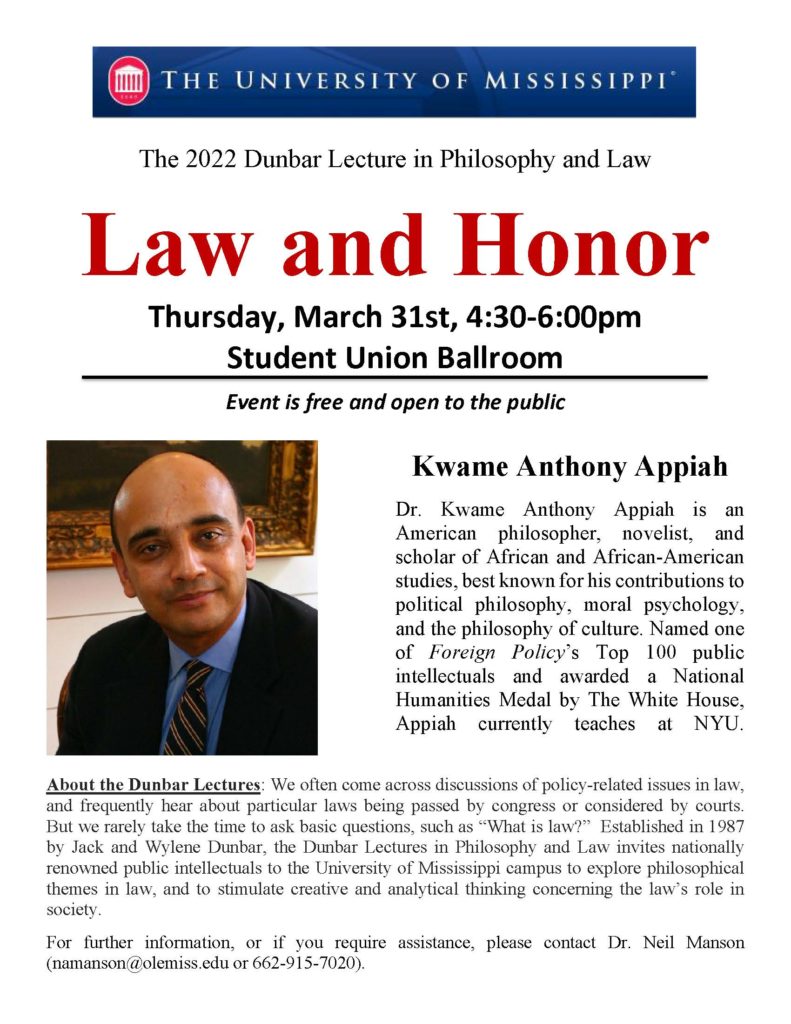