Steven Skultety recognized for service and support of students 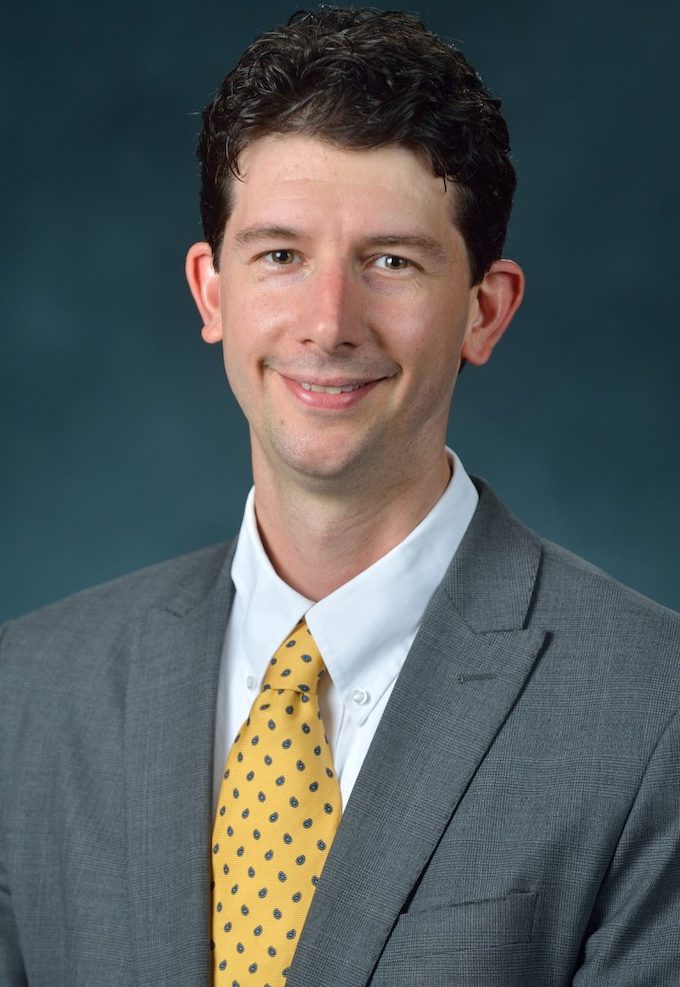 Over the past few years, Steven C. Skultety has advised, encouraged and lent a compassionate ear to hundreds of students at the University of Mississippi. Now some of those same students are nominating him for awards – and he’s winning.

Skultety, chair and associate professor of philosophy and religion, has been honored with the 2018 Region 4 Certificate of Merit by the National Academic Advising Association. He was awarded the university’s Excellence in Advising Award last fall.

It’s fulfilling to hear students talk about their rewarding academic experiences at the university, said Skultety, who joined the Ole Miss faculty as an assistant professor in 2006.

“The aspect that I enjoy most is that advising presents me with an opportunity to be entirely constructive,” Skultety said. “The whole point of meeting with an advisee is to solve problems and identify best options.”

An alumnus of Northwestern University and the University of Montana, Skultety was promoted to his current position with the Department of Philosophy and Religion in 2012. Advising became a natural career path as he worked with students.

“Advising a diverse group of philosophy students over the course of several years has helped me better appreciate the inner workings and strengths of my own department,” he said. “While surveys and exit interviews are helpful, nothing compares to having extended conversations with students.”

In the College of Liberal Arts, Skultety is known for guiding aspiring students through degree paths and toward obtaining a profession. He’s also known for giving students either the compassion or motivational push needed when the pressures of college become overwhelming.

“The National Academic Advising Association is the gold standard for research, publications and best practices within the profession of academic advising,” said Travis Hitchcock, UM assistant director of advising who nominated Skultety for the award. “To be recognized by them is a huge achievement for Dr. Skultety, and highlights the university’s commitment to facilitating a quality advising program.”

The university and NACADA awards mark the first time that Skultety has been honored for his work with students, a distinction that is most fulfilling, he said.

“My job as adviser is very different from all my other roles,” Skultety said. “It is especially gratifying to know that my advising efforts have made enough of a difference in students’ lives that they nominated me with strong support.”